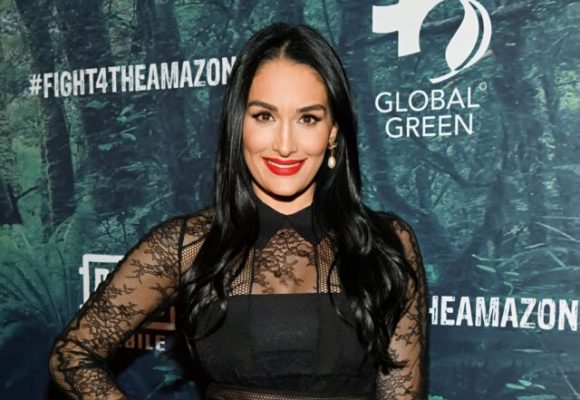 Nikki Bella has been struggling since welcoming her first child, Matteo. The former WWE star opens up recently about the “massive breakdown” she had.

Nikki Bella began suffering emotionally, seven weeks after she gave birth to her first child, as a result of moving out of her “dream home” in Phoenix to move to Los Angeles, stressing about filming her reality show, Total Bellas, and her fiancé, Artem Chigvintsev, being away to compete on Dancing With the Stars with former Bachelorette Kaitlyn Bristowe.

The star said: “The past few weeks have been tough. And not just having Matteo mostly by myself and doing it all on my own, there are so many other things, and it’s crazy because I am very prideful. I’m competitive. I love being the best, I want to be number one, my whole life I’ve been an athlete, so I realized I’ve taken that mentality as being a mom. So it’s like, ‘Do it like an athlete.’ No, you can’t do it that way at all.”

Life doesn’t get any better than this ❤️

The Total Bellas star added: “I didn’t realize at week seven, you kind of come out of your baby blues and… you go two different paths,” she said. “You go the path of being healthy, or you go down the path of being depressed, that depression path can be a really dark, deep hole.”

Nikki also admits that A large part of her depression was due to the fact that she began to feel invisible, she explained: “Artem would come home, he’d be distracted, and it’s not even his fault, men don’t know, dads don’t know, but he’d come and be like, ‘How’s the baby? How’s Matteo? I miss him. Let me hold him. Let me kiss him,’” she continued: “And as the woman, as the mom, you stand there and you’re like, ‘What about me? …I just started to feel invisible the last few weeks, and then I’d watch him the past two weeks on Dancing With the Stars and it was like, he’s so happy and smiley and Kaitlyn’s so beautiful and they dance so amazing together …, and then I would just look in the mirror… and I just would see my appearance and I’d be like, ‘Oh my gosh, I look disgusting…’”

Nikki was nervous to express her feelings to Artem, as she wanted to be the “perfect fiancée” and “be supportive” of his quest for the mirrorball. But In the end, though, she confesses to her fiancé.

“I’ve always prided myself that I can fight a lot of things mentally. I’m very strong in that way,” she said. “Postpartum has knocked me on my a**. This is something that is way different.”

The talk with her fiancé Artem went “really well,” and actually left Nikki feeling bad for him.

The WWE alum recalled: “It made him feel terrible and then he’s like, ‘I wish you came to me sooner… I could tell at times, I felt like you were starting to hate me… You could be mean, and I’m not gonna lie, I did have moments of being mean. But I did have moments when I looked at him and I hated him… It’s true, there were times I’d look at him and I’m like, ‘I think I hate you.’”

Despite her battle with the baby blues hasn’t put her off of having more kids, An insider close to the star tells HollywoodLife that she definitely wants to have another child with her fiancé, but not right now, “Nikki wants more kids with Artem but she would like to try in a couple of years. Nikki also had a difficult situation with postpartum and wants to get back in shape and get a connection with Matteo before she tries again.”

The EXCLUSIVE source adds: “She would love to have two kids like her sister, she can’t wait till Artem is done with Dancing With The Stars so they can really start spending more time together being a family of three, because a fam of four will happen hopefully, but in a few years she’d like to try.”