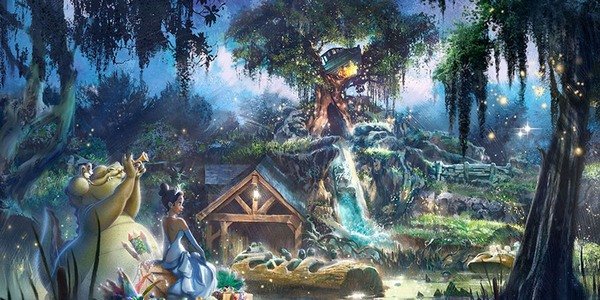 While theme parks spent months closed this year, and Disneyland still is, Disney’s parks were still the talk of the town earlier this year when fans began a social media campaign asking the company to redesign one of Walt Disney World and Disneyland’s most iconic attractions, Splash Mountain into a ride based on The Princess and the Frog. And then Disney sent a shockwave through the community when the company announced that exactly that change would be made at both theme parks, (though it was claimed that the redesign was planned independent of the fan campaign). Fan reaction to the change has run the gamut, and now the voice of Brer Rabbit has weighed in.Voice actor Jess Harnell provided the voice for Brer Rabbit and several of the other characters for Splash Mountain when the ride was built in the late 1980s. Recently, ComicBook.com caught up with the voice actor and asked him what he thought of the decision to replace the Song of the South themed attraction. Harnell said that Splash Mountain was an important job for him because it was actually the first character voice job he ever had, and while he personally doesn’t see the attraction as offensive, he’s ok with the change if it makes everybody more comfortable. According to Harnell…Splash Mountain took its characters from a 1946 Disney movie, Song of the South, which told the story of a young white boy and his relationship with a Black sharecropper, Uncle Remus, in the Reconstruction-era American South. The movie has been criticized for its handling of race since it was released, but Splash Mountain worked hard to circumvent those issues by focusing the ride only on the animated characters, that made up a series of stories told by Uncle Remus, and leaving out the more problematic human characters.Because the ride doesn’t deal with the film’s problematic issues, many fans feel as Jess Harnell apparently does here, that the ride itself is not offensive. However, Harnell also understands that it’s not his view of the attraction that is at issue. He understands why other people would feel differently than he does, and he’d rather see the ride, and his work, replaced, than be part of something that causes anybody pain. Disneyland and Walt Disney World are supposed to be the happiest places on earth for everybody.At this point we have no idea when the change to a Princess and the Frog-themed Splash Mountain will occur, though in a recent presentation, Disney Parks Chairman Josh D’Amaro said the update to Splash Mountain was being put on the fast track.